WBI: The extraordinary tale of a capitalist with a conscience who resolved an internal income inequality issue with equality. 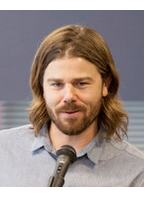 The idea began percolating, said Dan Price, the founder of Gravity Payments, after he read an article on happiness. It showed that, for people who earn less than about $70,000, extra money makes a big difference in their lives.

His idea bubbled into reality on Monday afternoon, when Mr. Price surprised his 120-person staff by announcing that he planned over the next three years to raise the salary of even the lowest-paid clerk, customer service representative and salesman to a minimum of $70,000.

“Is anyone else freaking out right now?” Mr. Price asked after the clapping and whooping died down into a few moments of stunned silence. “I’m kind of freaking out.

If it’s a publicity stunt, it’s a costly one. Mr. Price, who started the Seattle-based credit-card payment processing firm in 2004 at the age of 19, said he would pay for the wage increases by cutting his own salary from nearly $1 million to $70,000 and using 75 to 80 percent of the company’s anticipated $2.2 million in profit this year.

The paychecks of about 70 employees will grow, with 30 ultimately doubling their salaries, according to Ryan Pirkle, a company spokesman. The average salary at Gravity is $48,000 year.
Mr. Price’s small, privately owned company is by no means a bellwether, but his unusual proposal does speak to an economic issue that has captured national attention: The disparity between the soaring pay of chief executives and that of their employees.

The United States has one of the world’s largest pay gaps, with chief executives earning nearly 300 times what the average worker makes, according to some economists’ estimates. That is much higher than the 20-to-1 ratio recommended by Gilded Age magnates like J. Pierpont Morgan and the 20th century management visionary Peter Drucker.

“The market rate for me as a C.E.O. compared to a regular person is ridiculous, it’s absurd,” said Mr. Price, who said his main extravagances were snowboarding and picking up the bar bill. He drives a 12-year-old Audi, which he received in a barter for service from the local dealer.

“As much as I’m a capitalist, there is nothing in the market that is making me do it,” he said, referring to paying wages that make it possible for his employees to go after the American dream, buy a house and pay for their children’s education.

Under a financial overhaul passed by Congress in 2010, the Securities and Exchange Commission was supposed to require all publicly held companies to disclose the ratio of C.E.O. pay to the median pay of all other employees, but it has so far failed to put it in effect. Corporate executives have vigorously opposed the idea, complaining it would be cumbersome and costly to implement.

Mr. Price started the company, which processed $6.5 billion in transactions for more than 12,000 businesses last year, in his dorm room at Seattle Pacific University with seed money from his older brother. The idea struck him a few years earlier when he was playing in a rock band at a local coffee shop. The owner started having trouble with the company that was processing credit card payments and felt ground down by the large fees charged.

When Mr. Price looked into it for her, he realized he could do it more cheaply and efficiently with better customer service.

The entrepreneurial spirit was omnipresent where he grew up in rural southwestern Idaho, where his family lived 30 miles from the closest grocery store and he was home-schooled until the age of 12. When one of Mr. Price’s four brothers started a make-your-own baseball card business, 9-year-old Dan went on a local radio station to make a pitch: “Hi. I’m Dan Price. I’d like to tell you about my brother’s business, Personality Plus.”

His father, Ron Price, is a consultant and motivational speaker who has written his own book on business leadership.

Dan Price came close to closing up shop himself in 2008 when the recession sent two of his biggest clients into bankruptcy, eliminating 20 percent of his revenue in the space of two weeks. He said the firm managed to struggle through without layoffs or raising prices. His staff, most of them young, stuck with him.

Mr. Price said he wasn’t seeking to score political points with his plan. From his friends, he heard stories of how tough it was to make ends meet even on salaries that were still well-above the federal minimum of $7.25 an hour.

“They were walking me through the math of making 40 grand a year,” he said, then describing a surprise rent increase or nagging credit card debt.

“I hear that every single week,” he added. “That just eats at me inside.”

Mr. Price said he wanted to do something to address the issue of inequality, although his proposal “made me really nervous” because he wanted to do it without raising prices for his customers or cutting back on service.

Of all the social issues that he felt he was in a position to do something about as a business leader, “that one seemed like a more worthy issue to go after.”

He said he planned to keep his own salary low until the company earned back the profit it had before the new wage scale went into effect.

Hayley Vogt, a 24-year-old communications coordinator at Gravity who earns $45,000, said, “I’m completely blown away right now.” She said she has worried about covering rent increases and a recent emergency room bill.

“Everyone is talking about this $15 minimum wage in Seattle and it’s nice to work someplace where someone is actually doing something about it and not just talking about it,” she said.

The happiness research behind Mr. Price’s announcement on Monday came from Angus Deaton and Daniel Kahneman, a Nobel Prize-winning psychologist. They found that what they called emotional well-being — defined as “the emotional quality of an individual’s everyday experience, the frequency and intensity of experiences of joy, stress, sadness, anger, and affection that make one’s life pleasant or unpleasant” — rises with income, but only to a point. And that point turns out to be about $75,000 a year.

Of course, money above that level brings pleasures — there’s no denying the delights of a Caribbean cruise or a pair of diamond earrings — but no further gains on the emotional well-being scale.

As Mr. Kahneman has explained it, income above the threshold doesn’t buy happiness, but a lack of money can deprive you of it.

Phillip Akhavan, 29, earns $43,000 working on the company’s merchant relations team. “My jaw just dropped,” he said. “This is going to make a difference to everyone around me.”

At that moment, no Princeton researchers were needed to figure out he was feeling very happy.

This entry was posted on Tuesday, April 14th, 2015 at 11:07 am and is filed under Tutorials. You can follow any responses to this entry through the RSS 2.0 feed. You can leave a response, or trackback from your own site.