About the U.S. National Surveys

The Workplace Bullying Institute (WBI) wrote the survey and commissioned Zogby International to collect data for the second representative study of all adult Americans on the topic of workplace bullying. WBI conducted the first national study in 2007.

What is Workplace Bullying? 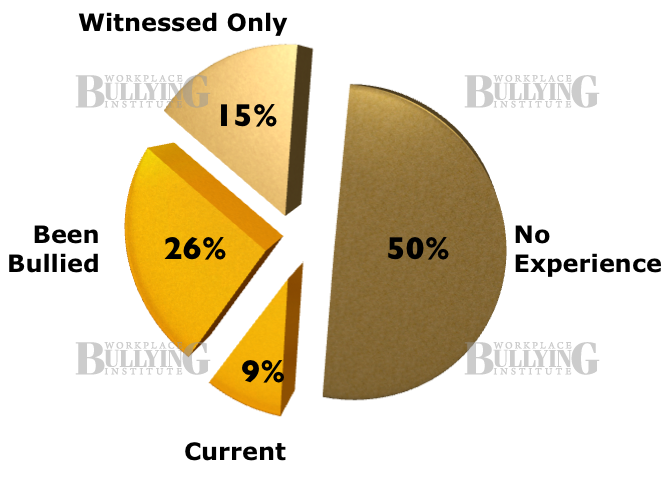 35% of the U.S. workforce (an est. 53.5 million Americans) report being bullied at work; an additional 15% witness it. Half of all Americans have directly experienced it. Simultaneously, 50% report neither experiencing nor witnessing bullying. Hence, a "silent epidemic."

Both men and women bully, but the majority of bullying is same-gender harassment, which is mostly legal according to anti-discrimination laws and workplace policies. Women target women. 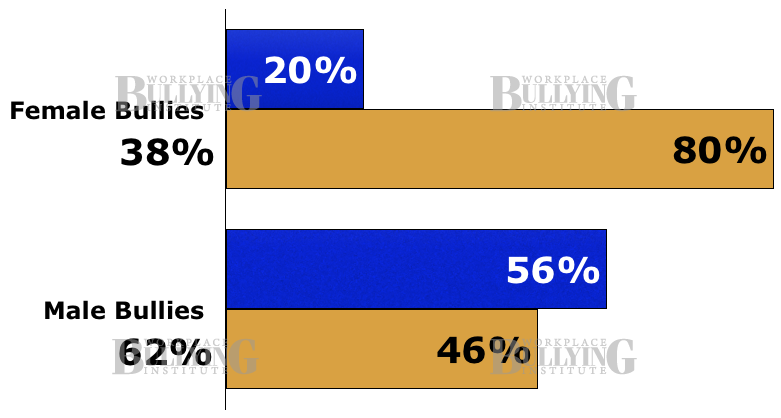 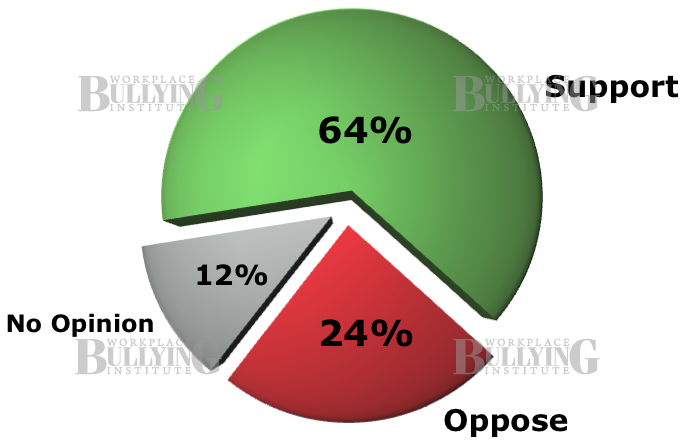 Survey 1 respondents were asked if they supported or opposed workplace bullying legislation to protect workers from "abusive conduct" as contained in the original HWB language. Support is 2.5 times the level of opposition. 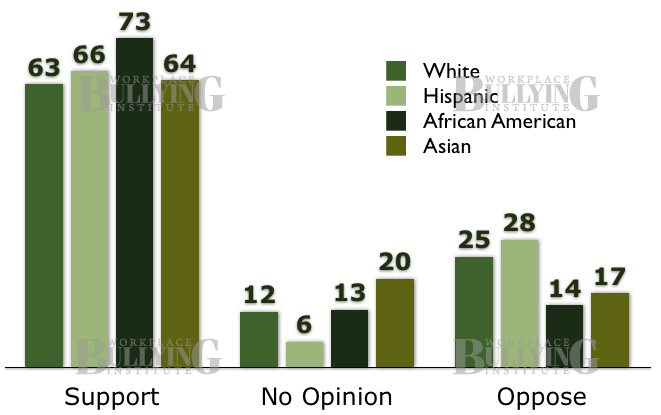 The strongest support comes from groups which enjoy protected status under current civil rights laws. Support from African Americans (73%) and Hispanics (66%) shows that current laws are inadequate when workplace cruelity is the issue. In fact, in 2009 the NAACP endorsed HWB as a necessary law.

Since 2003, the HWB has enjoyed bipartisan support in several state legislatures. Both Republicans and Democrats have been prime sponsors of the bill. In the 2010 WBI-Zogby survey, people identified themselves as members of the Democratic or Republican parties, or as Independents or not specified. Strongest support for the HWB came from Democrats (84%), Not Specified (60%), followed by Independents (55%) and half of Republicans. Thus, constituents of both parties want elected officials to address workplace bullying. 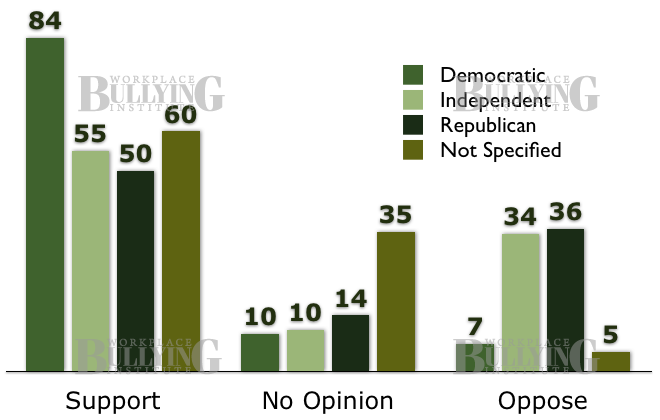 
Survey results are © 2010 Workplace Bullying Institute. Do not cite without crediting WBI.